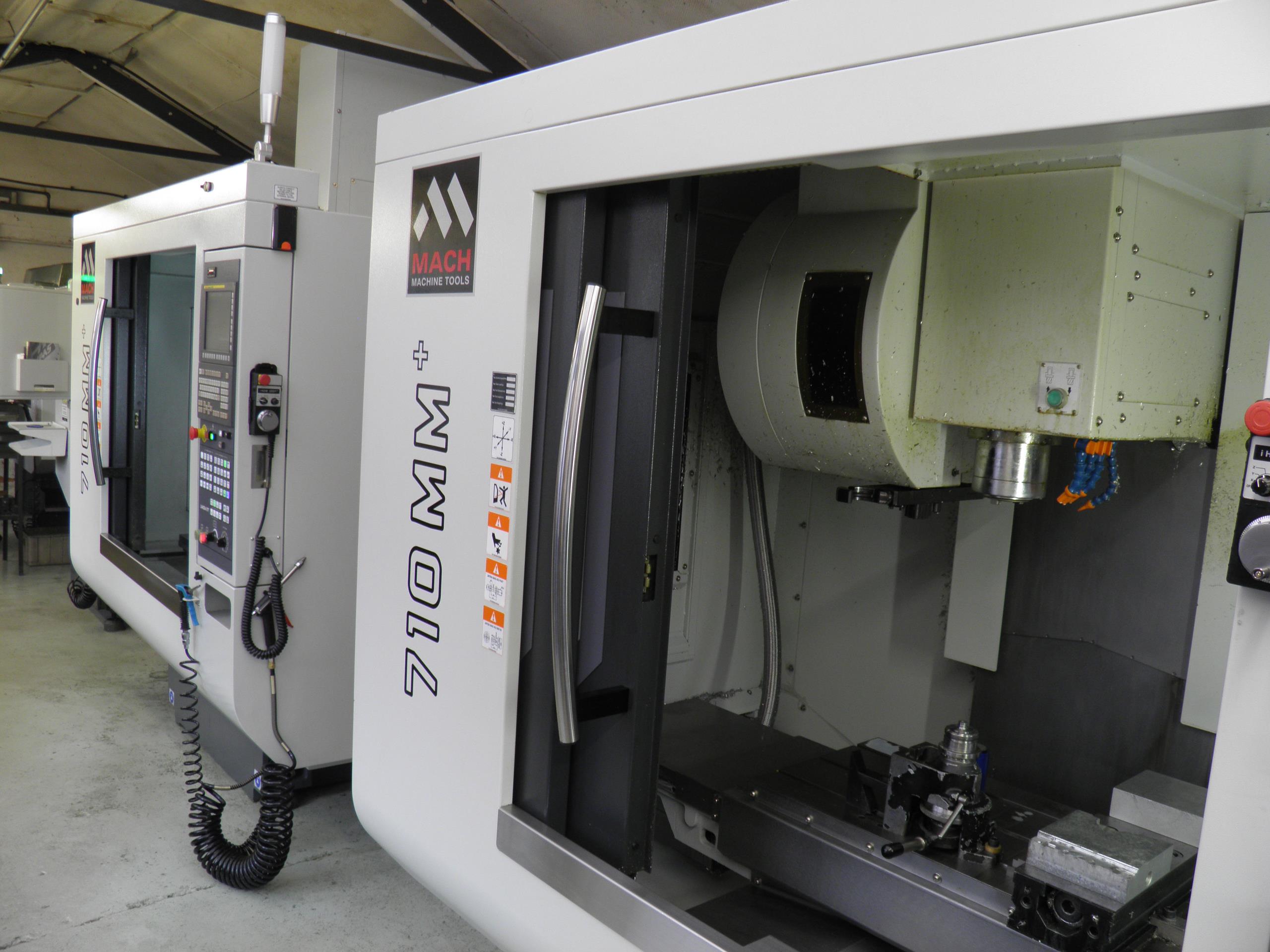 A leading UK precision subcontractor, on the look-out for a pre-owned vertical machining centre, changes direction and purchases a new machine from MACH Machine Tools.

The machines, both MACH 710MM+ models, were acquired separately by Delavale; the first in September 2018 and the second in January 2019.

The machines are positioned adjacent to each other at the company’s 5,000 square foot facility in Bagshot to create (what is in effect) a flexible, high-productivity milling cell.

The decision to invest in new machines from MACH Machine Tools represents a significant departure for Delavale.

Prior to the new acquisitions, the company, historically, purchased pre-owned machines from Machine Tool Sales Online, part of the Vigilance Group, and purchased new machines from a different well-known and well-established machine tool supplier.

The change in direction is testament to the technical specification, availability and competitive price of the MACH 710MM+ machines - as well as a ringing endorsement of the after-sales service and support provided by MACH Machine Tools.

“We regularly invest in high-quality used machine tools as an established route to us increasing and improving our machining capacity and capabilities and, over recent years, have acquired a number of pre-owned machines from Machine Tool Sales Online (MTSO).”

Indeed it was during a visit to MTSO’s Bristol showroom facility in August 2018 where Steve Burrows, with an eye on acquiring a pre-owned machining centre, spotted the MACH 710MM+ vertical machine, for the first time.

“It was either fate or serendipity that caused me to catch sight of a new MACH 710MM+ machine.”

Being naturally curious Burrows, having seen the MACH 710MM+ out of the corner of his eye, enquired about the machine’s technical specification and its price.

He was pleasantly surprised by both.

So much so in fact that he would ultimately break with the company’s tradition of investing in new machines from the (his) existing supplier and acquire two new MACH 710MM+ machines in double-quick time.

The MACH 710MM+ machine is a small and compact 3-axis vertical machining centre with an impressive technical specification that belies its competitive price.

The machine has 710mm x 400mm x 450mm (X-, Y- and Z-axis) travels, and is equipped with a direct-drive 13kW/10,000rpm BBT40 taper spindle (a 24,000rpm spindle option is available), a large working table (850mm x 410mm) with a 300kg maximum table load, a rapid change 24-position ATC and can be supplied with a number of different control options (i.e. the Fanuc 0i-MF control, the Siemens 828D control with ShopMill conversational programming software, or the Heidenhain 620 control).

MM710MM+ machines have a rigid design and build and, in addition to their Meehanite construction and large, heavy-ribbed column design, are also equipped with linear roller guides on all three axes.

“MACH 710MM+ machines have a number of attractive features and their specification compares favourably to many mid-size vertical machining centres on the market.

“Particularly appealing (to me) was the direct-drive spindle configuration which, unlike belt-driven spindle options, are much quieter and more responsive. The machine’s face and taper tooling and 48m/min rapid rates were also key selling points.”

The specification and price of the MM710MM+ proved to be irresistible and resulted in Delavale placing an order for the machine.

“Following its delivery and installation one of the first jobs loaded onto the machine was an existing high-precision aluminium component.

“The MACH 710MM+ delivered immediate benefits - most notably with regard to part cycle times (a reduction of 50%), and the elimination of secondary, hand finishing operations.”

Such were the performance and productivity improvements gained from investing in the MACH 710MM+ machine that, just a few months later when Delavale required additional milling capacity, that the decision to order an second identical machine was made.

Having two identical MACH 710MM+ machining centres at its disposal has increased the company’s productivity and machining flexibility.

“We are really impressed with the performance of the machines. They have helped make us more competitive and, our decision to buy new machines from MACH Machine Tools, has been a good one.” 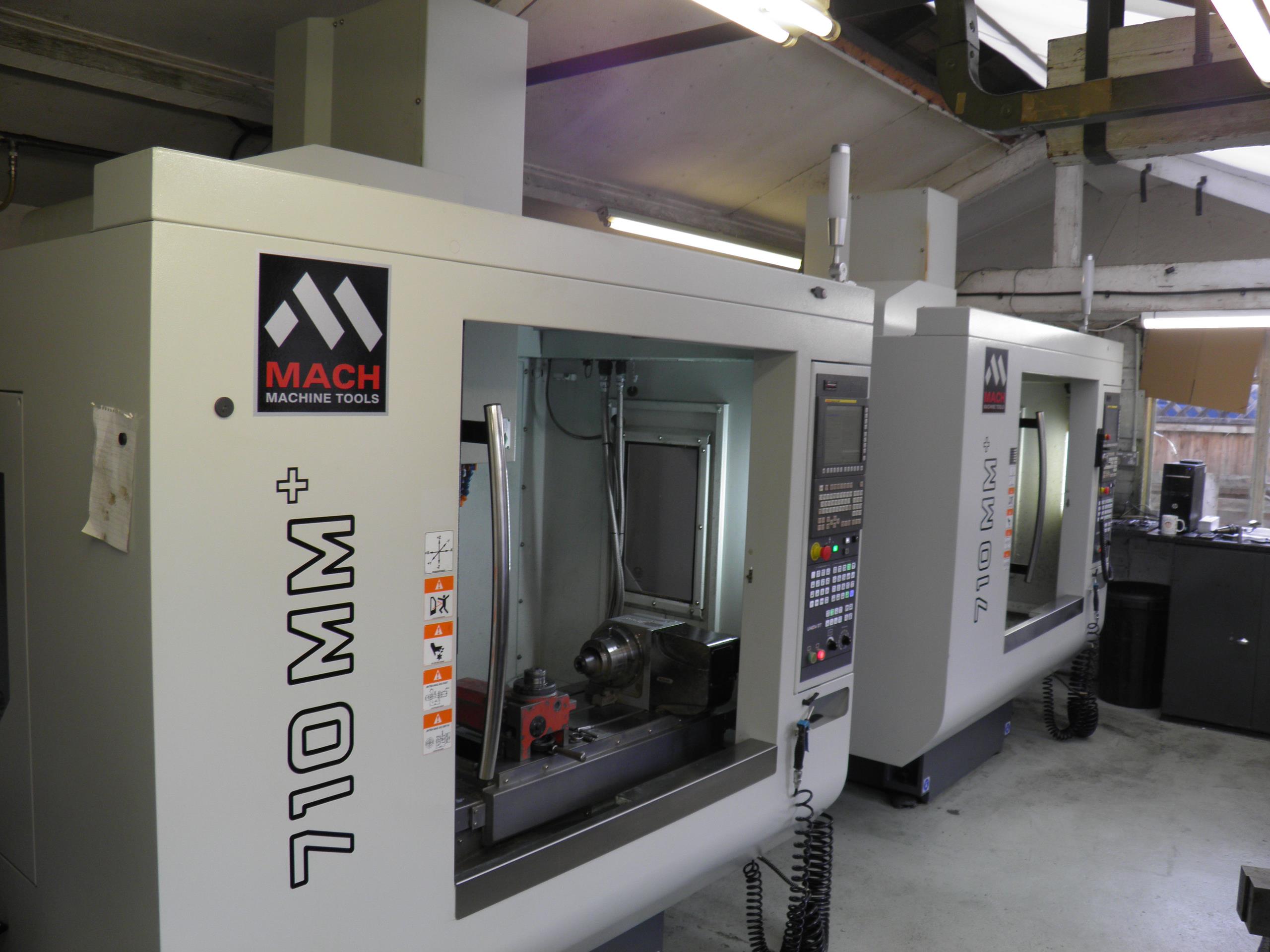